Today would’ve been my daddy’s 74th birthday. He’s been gone now 3 years. He passed away a few months after the criminal destruction of the Durham Veterans Memorial. My once physically strong daddy was lying in his bed dying of cancer, yet, his mind was just as strong as ever. I will never forget coming into the house and seeing his blue, piercing eyes look at me and his weakened voice saying, “What in the world is going on in North Carolina?”. I sat down with him and told him what I knew at that point. He was distressed and I kept trying to change the subject and was, eventually, successful…for a while. Later that night, he spoke to me and told me that it was important to fight to preserve our heritage. He reminded me that our history is one to be proud of and that those of us who know the truth can’t stop telling it. I promised my daddy that I would not forsake my legacy and I have tried to be true to my word.

Don McWhorter was born in Boyle County, Ky the son of Revolutionary War veterans and pioneers. His family was divided during The War Between the States, as many were in Kentucky. He was, however, a Confederate to his bones and anyone who knew him was well-aware of that fact. He was especially proud of his gg uncle who had fought with the Orphan Brigade. Daddy was a student at the University of Kentucky when he was drafted by the US Army. As an ordained minister, he could have gotten an exemption. Instead, he joined the US Marine Corps. He wound up at New River Marine Corps Air Station in Jacksonville, NC as a helicopter inspector. He met my mother at a church service in Kinston in 1968, I was born in March of 1970, and he left for Vietnam in June of that same year. Thankfully, he was one who came home from those jungles. He and my mother went on to have 3 sons and my daddy pastored churches in both NC and Ky. Many Southern Sons have served bravely in the armed forces. Many have devoted their lives to preaching The Gospel. My daddy did both. He, also, taught his children the history that, even in the 1970’s and 80’s, was not taught in the text books of public schools. He nurtured our love for Jesus Christ, family, and liberty. The photo shown with this article is the desk where Daddy did his Bible study and sermon preparation.

I have tried to teach my children just as my daddy did me. My brothers and he had bonding time with hunting and sports. Daddy and I bonded through our shared love of history and genealogy. I wish I could go back and have some of those conversations over again. His wisdom and inspiration would be such a source of strength to me in these trying times. I cling to what I do recall and always remember that I am his daughter and he is a part of me. Many of us really need to be reminded that we are at war with evil right now and one of our best defenses is to be sure that we teach the next generation the truth. We must strive to instill the love of their heritage in their hearts. What have you done to honor your Fathers? Have you talked to your children, grandchildren, nieces and nephews about their family history? Have you joined the SCV or the UDC? Have you written letters to your local and state officials? What kind of stand have you made? We ALL have some sort of talent or ability that we can use in the struggle to preserve our heritage and history. Consider what you can do and, also, consider giving a donation to the NC SCV Memorials Fund. Your donation will help do things like repair existing memorials, erect new ones, and purchase private land for placement of statues and flags. Honor your Fathers today by saving our veterans memorials and their legacy!

For Faith, Family and Freedom

Remove not the ancient landmark, which thy fathers have set. Proverbs 22:28 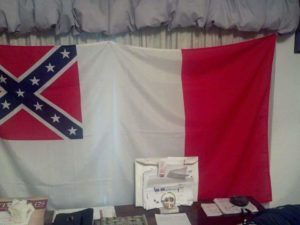 1 thought on “Remembering Our Fathers”